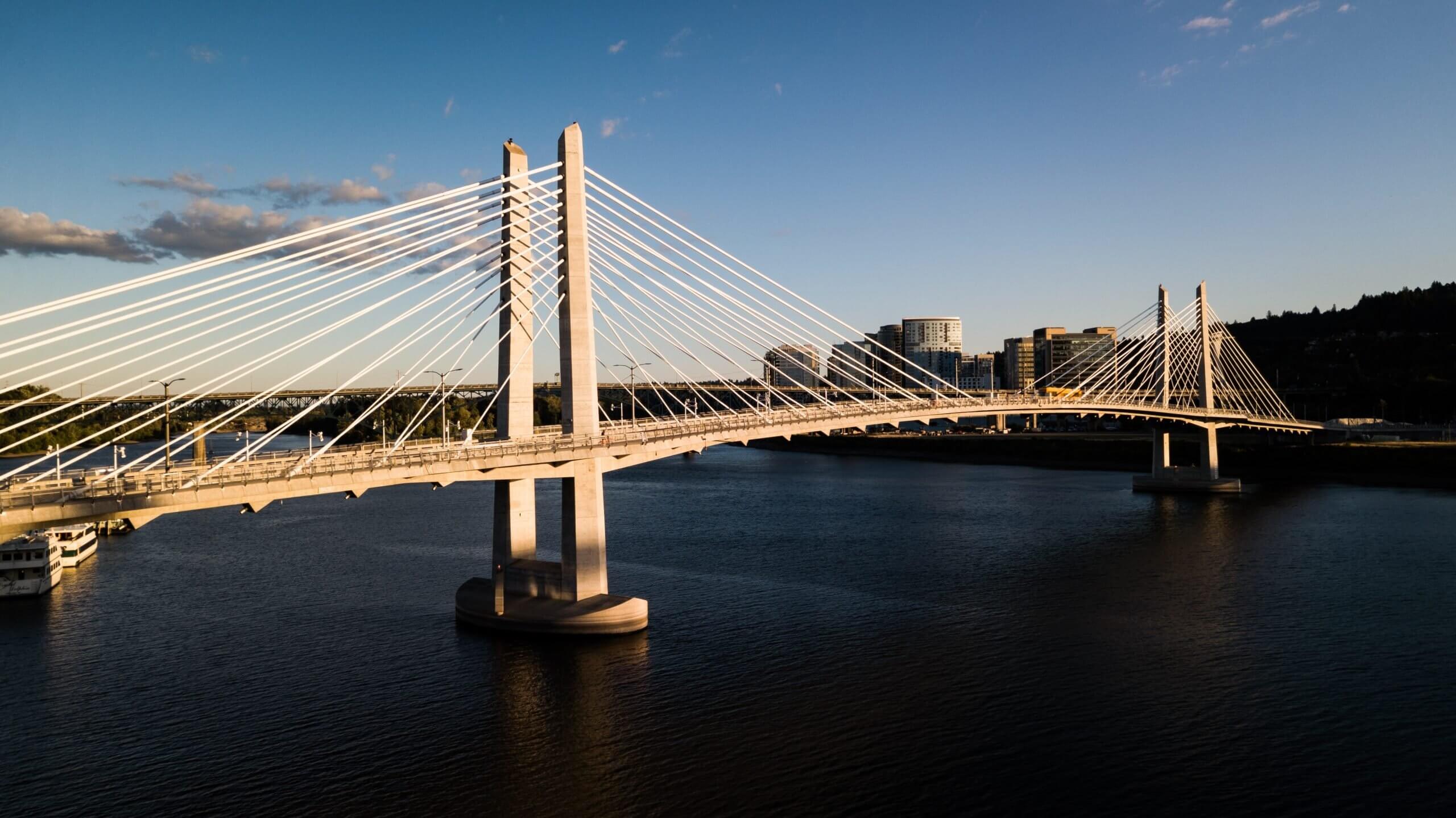 Development Remains Steady, but Activity as a Share of Inventory Trails Peer Markets 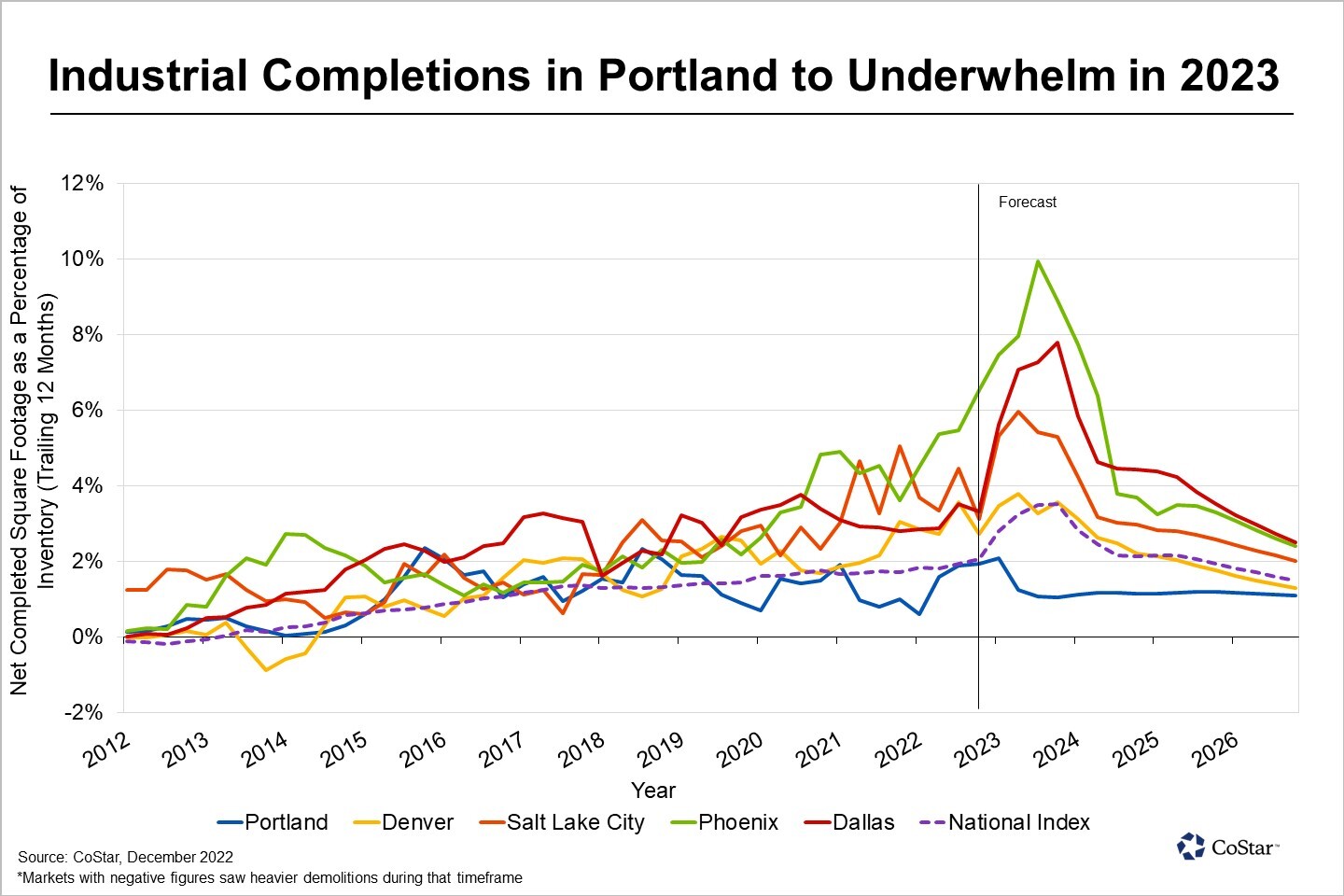 Some metropolitan areas across the country are bracing for record completions in the form of industrial inventory during the upcoming year, but Portland, Oregon, will see a relatively light wave of industrial supply in 2023. While developers remain active across the region, new projects completed in the near term aren’t projected to overwhelm the market.

In this respect, Portland seems to be the exception to the rule. Since the pandemic-era logistics boom began, several larger hubs have seen record amounts of supply open in the last two years. Some of these areas filled the space quicker than developers could get it out of the ground. Rents and sales pricing surged, with investors eager to get a piece of red-hot fundamentals.

The boom’s momentum will carry over into the new year. Nationally, new supply hitting the market will peak just below 4% of total inventory by the end of 2023, the highest the index has seen in the last decade.

Meanwhile, there’s growing evidence that supply could dampen fundamentals in certain regions over the next few quarters, including rent growth and pricing.

Several large markets are showing signs of overheating as 2023 kicks off. Phoenix, Dallas and Salt Lake City will each see their footprints grow to new records at dizzying rates. By mid-2023, Phoenix will have seen net completions total over 40 million-square-feet, or around 10% of its existing inventory, while Dallas’ share is expected to have reached nearly 8%. Given an excess of competing industrial product options for tenants, landlords here should lose some leverage, and rent growth should quickly normalize.

Portland, on the other hand, won’t see nearly as large of a supply influx. Trailing 12-month completions are projected to peak at around 2% of inventory in early 2023, barely deviating from the 1% to 2% range seen since 2015 when the market saw construction boom for the first time since the Great Recession.

For these reasons, CoStar forecasts Portland’s industrial annual rent growth to outperform in 2023. Rent gains began to decouple from national trends in early 2021, but given the supply onslaught outside of the Rose City, rent growth should compress until the U.S. index and Portland are in line with each other at just below 8% by the fourth quarter of 2023.

Bringing industrial space out of the ground in Portland comes with structural challenges that will likely remain in-place indefinitely. Large parcels of developable industrial ground are almost non-existent and land that is eventually secured to begin construction often faces a steep planning and approval process. Geographically speaking, Portland simply can’t expand outward at the same rate as some of its peer industrial markets. Seattle and Salt Lake City, for example, have added nearly twice as much product as Portland since 2017.